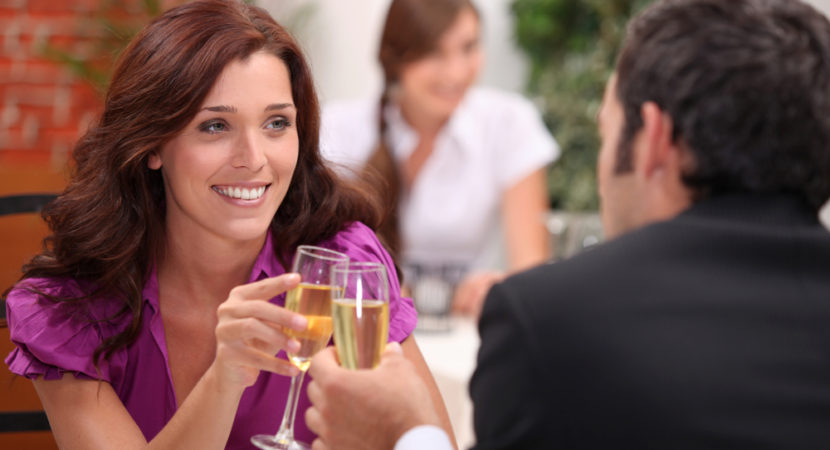 Sometimes it seems like guys can speak in their own language. A Guy Code where it sounds like English, but things have their own hidden meaning. And then they think we’re the confusing ones!

While this elusive Guy Code tends to die down into Normal Person Speak as the relationship progresses, there are a few things to look out for on a first or second date. Some questions seem innocent on the surface, but once you know the hidden Guy Code meaning, you’ll understand what he is REALLY trying to tell you.

RELATED: Is He Dating Other People? 5 Major Signs You’re One of Many

RELATED: Should You Tell A Guy You’re Dating Other Guys

Be warned— some of these are good news and some might be red flags. Even more frustrating, once you learn the hidden meanings, it opens up ever more questions. Okay, ready?

Are you close with your parents?

This is a great sign! When a guy asks this question, it means that he may be open for something serious, but he’s looking for just the right kind of connection.

We all tend to carry over some kind of baggage from our relationship with our parents, good or bad, that influences the way we handle ourselves in our romantic relationships. A guy is basically asking you, “what kind of relationship role models did you have?” And your answer is going to be very important.

If you grew up with loving parents that cherish and support you and will make the world’s best pumpkin pie when he meets them, then you lay that all out on the table! But if your relationship with your family has a few speed bumps, don’t worry! This pretty much puts you into another test of how well you can parse out sensitive information.

There’s a difference between “my mom was an absolute bitch and my dad was a huge druhnk, so when they threw me out of the house at 16, I was fine never talking to them again,” and “we don’t have a lot of common ground, so our relationship isn’t very close right now.” See what I mean? If you end up being serious, you can spill the details later, but for now, it’s more important that you can show good judgement than weave a horror story.

How long was your last relationship?

This question is usually a positive, but it could go either way. Most times, when a guy asks this question, he’s looking to see if you’ve had the experience of a relationship that’s lasted more than a few weeks or months.

Just like the parents question, it’s more important how you handle it than just giving the literal answer.

If you have had a very long-term relationship before, he might wonder if something terrible happened to end it. So you will want to show some diplomacy: “My last relationship was two years. He was a really great guy and we learned a lot during our time together, but ultimately, we wanted different things, so we parted ways.” This is also a great opportunity to elaborate on that, if he asks a follow-up: maybe he wanted to move and you didn’t, maybe he never wanted kids and you do, maybe he wanted to move faster than you did, whatever your answer is reveals a lot about you today.

If you haven’t had a long-term relationship before, don’t worry! Saying something like, “I’ve been focusing on myself and my career, so I’ve been super picky about finding the right person.” This puts him in the position of showing you that he’s someone worthy of your time.

What are you into?

I mean, definitely clarify that he means sex, but nine times out of ten, this question means what are you into in bed. If he’s asking this question on a first date, he’s giving you a head’s up what you’re in for.

This can go either way. He might be someone who is looking for a relationship and wants to put it out there that sexual compatibility is really important to him. And there is nothing wrong with that! But on the other hand, he might be giving you a clue that he’s looking to find the right girl for the night, not for life.

Do you like a guy to be more in charge or do you like to take the lead?

This is a really good sign if a guy is asking this question! Not only does it usually mean that he’s into you, but it means that he’s smart enough to understand that different people are turned on by different approaches. He wants to make sure that when he makes a move on you, he’s doing it in a way that you’re comfortable with.

On the flip side, if you say that you prefer to take the lead, this is more or less him telling you that you have a permission slip. If you want to make a move and kiss him, this is a perfect opportunity.

This one all depends on the context. If you’ve been trading stories of your wild past and you’re a few tequila shots deep together, this might just be a fun way to dig for some guilty pleasures to bond over.

But if you’ve been a bit reserved or you haven’t been putting your wild side front and center, this might not be what you want to hear. This might be his way of saying, “I’m impatient with the good girl act and want to know your wild side.” If you want to flaunt your bad girl self, he’s giving you a great opportunity for it. But if that’s just not who you are, this might be his way of figuring that out.

And there’s nothing wrong with that! If you’re a sweet, shy type and he’s looking for a girl who’s going to swing from the chandelier, this conversation might clue you both in quickly that it’s not the right match.

How are you still single?

This is another great sign! What he’s saying with this question is, “how is someone so gorgeous, fun, and easy to talk to not already taken by another guy?” Good on you!

How long have you been on the dating apps?

This is something of a neutral question, but the conversation can really open doors if you play it right. Basically, one of two things is at play here.

He might be asking you, “if you’ve been on here for awhile, what hasn’t worked for you, or if you haven’t, are you fresh off a breakup?” Once again, the most important factor is your tact. If you say that you’re really out there looking for the right one to settle down with, this tells him a lot about what you’re about. If you say that you haven’t been on the apps long, but you’re hoping to find someone, he should have the good social graces to let that go.

What’s the worst date you’ve ever been on?

Just like the “wildest thing” question, this is very context dependent and definitely depends on your relationship style. If you are more of a “one of the guys” type, you will shine in this question! If you’re more of a “treat me like the princess that I am” type, you might not be a great match and might be getting friend-zoned here.

Do you want kids?

This is a fire alarm screaming yes kind of question… if you are both aligned on it. A guy who asks this question is VERY committed to either having kids or having nothing to do with kids.

So what should you do? Be honest. Even if he’s the finest piece of man meat you’ve ever seen, someone who is committed on the kids issue either way isn’t likely to budge. If you don’t see kids in your future or if you are just waiting to put your names in a reservation for the hottest daycare waitlist, be honest with this one.

A guy who asks this is interested in you, but he really wants to know if you have it all together. He likely doesn’t want to be someone’s “white knight” who swoops in and saves you from the nightmare of your existence.

So what if you don’t have it all together? No sweat, just be honest. Talk about what you do want from your career ambitions and how you’d like to get there. Ambition is sexy.

What was your new year’s resolution?

This is a clever way of asking you what your current goals are and how you take on your personal goals. It also gives a lot of insight into the things that you pay attention to and are trying to change.

Someone that answers, “I’m hitting the gym five times a week for both cardio and strength HIIT training and drinking at least 10 ounces of water a day,” is going to show a different personality type than, “I wanna get healthy this year.” They may be the same goal, but this question is a way of assessing your planning skills and how you tackle obstacles.

On the other hand, if you’re someone who makes breezy, low-key resolutions, that tells him something about you too. If you say something like, “I wanna try a pottery class, there’s a Brazilian dance workshop, maybe check out a meditation app,” he knows he’s in for a laid-back girl with a sense of adventure.

Do you think you’re going to stay in your current city?

A guy who asks this is looking for the long-term. If he has a job that’s likely to take him out of the area, he may be looking for someone who feels a little more mobile. On the flip side, if he’s got a stable network of friends, family, and a career here, he may be trying to find someone who can fit into his long-term plans.

Whichever way you go, be honest! If you know that you’re planning to split after graduation or you live and breathe your city and would just die if you left city limits, be upfront. It doesn’t necessarily mean that things won’t pan out for now, but it gives you both a little extra perspective.

What are you looking for in a guy?

Be honest— are you looking for a seasonal fling or the next big thing? He is already into you enough to be open and vulnerable. If you can both be honest and upfront, you’ll be ready for magic.