Home
Love
Should you marry a man that’s been divorced 2 or 3 times? 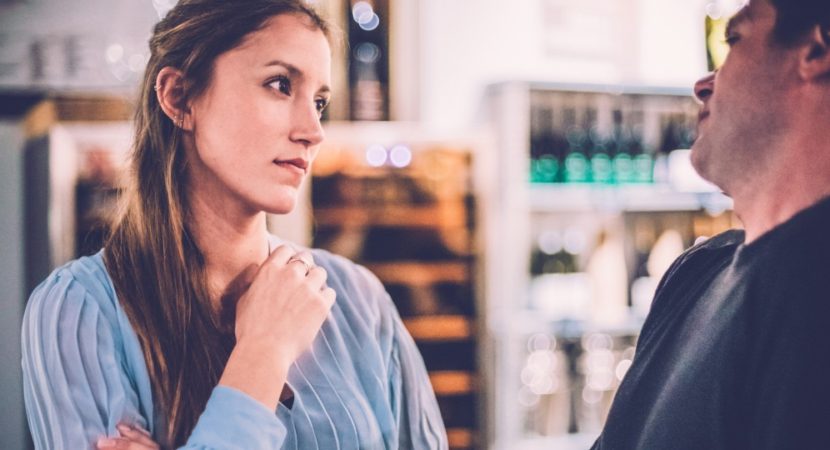 In spite of the fact that somebody who is separated is as single as somebody who has never hitched, there are lots of advantages and disadvantages of marrying a man who has been divorced twice or thrice. Most people are at crossroads on what the society would think if they get to marry a divorcee and also they are also worried if their marriage would last so they don’t end up in a wrong marriage or divorced. However I wouldn’t give you a straight answer if you should marry a divorced man but I will give you some benefits of marrying a divorcee and also what you should expect from marrying a divorced man but always find out the reason why he left his marriage because it is from that reason, that you would know if you want to go into this marriage journey with him or not.

Here are some benefits of marrying a divorcee;

1. Committed; A divorcee who may have gone through two or three marriages may want to be clear about his relationship with you.  He may have other challenges and you may be in doubt but a divorcee with definitely show commitment. Once he shows interest in you, he will tell you clearly if he wants to be committed for a long term thing or not.

2. Experienced; men like this, have experience when it comes to handling relationships and marriages because they’ve actually been in one. When somebody has experienced the agony, misfortune and what separation can cause, it can make them adjust as before heading into another marriage/relationship. Having had a relationship, a wedding, and a common home will have allowed them to discover their identity and what is critical to them.

4. Receptive; we all want our partners to be open-minded so that the relationship can grow perfectly without hiccups. Well, you should know that a divorcee is a person, that has experienced a what it means to have ex- in-laws, children with his ex and could still be in contact with his ex because of their kids. So having all these, the divorcee will be more open-minded and would have a profound understanding when it comes to understanding their new partner’s circumstance/situation.

5. good communication; a man who has been divorced twice or thrice have the tendency to have developed a good sense of emotional communication. He would have a great ability to relate with the other spouse and he would know how to endure the relationship during the trial period.  He has had previous knowledge and experience on how to go about different communications and trust me, his partner would be glad to have him.

What to expect/consider if you marry a man who has been divorced 2 or 3 times.

Most of these men, who have been through a divorce, find the experience painful and in act traumatic for them. And they may be so pained to the point that they may resolve within them, never to have something serious to do with someone else again. they may never even consider remarrying because they have seen marriage as ‘hell’.  Therefore, you have to check if that divorcee still dwells on his painful experience or not.

They carry invisible emotional baggage with them. hilarious as that sounds, it is so true because a very terrible situation can leave the partners angry, furious and emotionally damaged such that each partner may build a barrier around his/her heart never to love again. this kind of issue usually takes a toll on the partners so I would warn you to be careful of those who are simply still going through divorce proceedings and he may not need you but when you make yourself available for him, he might use you as a rebound and as a stepping stone to being free.

Also, divorcees may have trust issues. It may be difficult for him to come to terms with trusting you especially when he has been hurt based on trust. If for instance a man was cheated on by his ex-wife, he may find it extremely difficult to trust you when you are with a male colleague or when you have a male friend.

If you are going to get involved with a divorcee I will have you know that even if the physical and emotional separation is one, splitting properties may take time to resolve. So it would be difficult getting involved with a man who isn’t financially stable or who hasn’t fully resolved his divorce issues when it comes to splitting properties. So you never can tell if you are entering into a financial trap with him or not.

Another thing you may have to consider is that he may have children from his ex-wife. And if he has children, he may still be in contact with his ex and you may have to cope with that. Also what age are his children? And it is very important to know if the kids accept you as their mother and wife of their father or not. So bear it in mind that this relationship comes with baggage which requires you to deal with it.

So every situation might be uniquely different from the other and as such the above listed, may likely push you to work towards the happiness of your new relationship, to be straightforward with your man about the relationship, if it is what you can handle or not. So I would have advised you, if you want to marry a man who has been divorced twice or more, make sure your eyes and senses are open and weigh your options if it is what you like, then go on ahead with it!